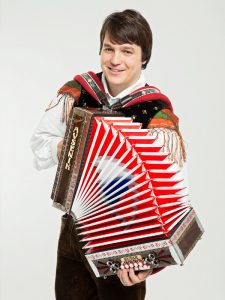 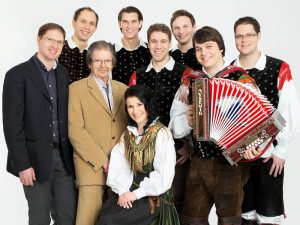 When you hear the name Avsenik, of course you immediately associate it with an accordion, or more precisely, with a piano accordion. It cannot be otherwise, since this very instrument was the inspiration for many melodies that came from the skillful fingers of accordionist Slavko Avsenik from Begunje in Upper Carniola.

The music of his original Oberkrainer celebrates its 60th anniversary next year.

The German musical instrument factory Hohner presented Slavko Avsenik with a key accordion in 1965, which he remained loyal to until the end of his playing career. The model continued to develop with the musician and it was named after him – model Slavko Avsenik, now known as Morino, model Slavko Avsenik Retro (very well-known predecessor is Morino VM).

However, since folk music is also very closely linked to the Styrian harmonica and Slavko played this instrument as a child, we decided at the Avsenik Gallery in 2006 to have our own Avsenik model. The harmonica developed continuously through the years.

A radical overhaul of the Avsenik model, called Golica, was entrusted to the family business Rutar, which is one of the best among the manufacturers of the Styrian harmonica.

The Styrian harmonica GOLICA will be held during the 7th International Avsenik Accordion Competition from January 18-20. First presented to the public in 2013.

We are sure that there will be something to see in January, but above all to hear! All visitors to the Avsenik Gallery will be able to see this for themselves.

We are at your disposal for any further information:

Any cookies that may not be particularly necessary for the website to function and is used specifically to collect user personal data via analytics, ads, other embedded contents are termed as non-necessary cookies. It is mandatory to procure user consent prior to running these cookies on your website.